Given persistent economic inequality and disproportionate mass incarceration, in the twenty-first century African Americans require territory for a national homeland.  Malcolm X is the most prominent of recent embodiments of this desire conceived of by Black Americans.  He is a tireless spokesperson and advocate for a national territory, as is […]

Black Women Won’t Save the World

“Black Women Won’t Save the World” For: Erica Garner   Despite pronouncements to the contrary, Black Women won’t save the world.  Notwithstanding the circumference of the Cradle of Civilization in South Africa nestled in a locale from which all human beings originate; regardless of the excavations in Ethiopia of both […] 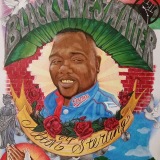 ERIC GARNER, ALTON STERLING AND CONTROLLING BLACK BODIES IN THE AMERICAS (a text in three parts)   “Detroit’s black day laborers gathered at an informal outdoor labor market on the city’s periphery, known to local whites as the ‘slave market.’  The large ‘open air mart’ thrived between the 1940’s and […]

Audrey Shipp and AudreyShipp.net, 2017-2018. Unauthorized use and/or duplication of this material without express and written permission from this site's author and/or owner is strictly prohibited. Excerpts and links may be used, provided that full and clear credit is given to Audrey Shipp and AudreyShipp.net with appropriate and specific direction to the original content.

Jacob Lawrence: The Migration Series. Panel 1. During the World War there was a great migration North of Southern Negroes.