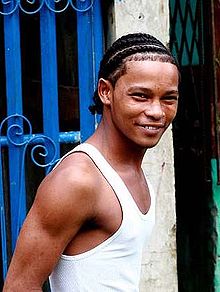 Given persistent economic inequality and disproportionate mass incarceration, in the twenty-first century African Americans require territory for a national homeland.  Malcolm X is the most prominent of recent embodiments of this desire conceived of by Black Americans.  He is a tireless spokesperson and advocate for a national territory, as is Martin Delany who promotes this idea developed by the Black generations of his era.  Living from 1812-1885, Delany was physician, abolitionist, writer, husband, father, and a Civil War soldier who like Malcolm X was preoccupied with Black liberation and what it would look like in his time period as one of 600,000 freedmen amongst 3.5 million enslaved African-Americans.  He expresses the popular point of view of that time that “we (Black Americans) are a nation within a nation.” [i]  His preoccupation led him to conclude that real liberation and access to progress, for the freedmen at least, would require leaving the United States where whites owned everything as a result of their dependence on black labor.  Although whites would historically make it appear that Blacks were sequestered and forced to engage in hard labor because of their inferiority, the opposite was actually true; they were seized due to their superior abilities in activities like mining and agriculture.

Another idea circulating during Delany’s lifetime was the notion of repatriation of the African-American enslaved to Africa.  Delany was critical of this project which he regarded as conceived of by white slaveholders.  Namely, the American Colonization Society proposed to send Blacks to Liberia, an African nation created by the United States.  Depending on the political climate in the U.S., Delany considered this notion to be plausible, and at other times not.  He set sail for Africa, became familiar with the terrain and environs of Liberia, and finally concluded that he had an “unqualified objection to Liberia.”[ii]  But that conclusion would not stop him from later contemplating East Africa as a potential homeland for Black Americans as well as Lagos in present-day Nigeria.

Ultimately, Delany reasoned that the optimum location for an African-American homeland would be Central America.  Given its location and terrain, Delany saw Nicaragua specifically as an excellent location for agriculture and commerce.  His perception was that there was no racism in Nicaraguan society and that colored people wielded power.  He stated, “Central and South America are evidently the ultimate destination and future home of the colored race of this continent.”[iii]  His focus on Nicaragua was in no way unusual during his time period given that there was an obsession with Nicaragua amongst the white American ruling class.  During the 1850’s, members of the U.S. government had considered annexation of Nicaragua in an attempt to distribute land and eventually enslaved Black persons to white non-slave holders.  In other words, then, as today, the notion of Jeffersonian, white-male equality depended on both the exploitation of non-whites and the acquisition of territory outside the United States.  But was this land free of racism as Delany had perceived it to be?  Not quite so.  Nicaragua was a site of “ethnic cleansing”[iv] as practiced by the Spanish on the indigenous populations.

A closer look at race in Nicaragua reveals it not to be the idyllic environment as envisioned by African-American freedom fighter and liberationist Delany.  As contemporary researcher Lancaster points out, “Nicaragua does indeed have a race problem, or perhaps more to the point, a color problem, that manifests itself in insidious ways.”[v]  The minority populations of African and Miskito (Amerindian) origin are both concentrated and isolated on Nicaragua’s Atlantic Coast which was colonized by the British and which shares no direct highway link to the rest of the country.  Historically, the majority mestizos (persons of mixed blood), who themselves comprise 90% of the population, have considered Afro-Nicaraguans and Miskitos as backward and inferior.  Perhaps Delany perceived of Nicaragua as being free from racism due to the more subtle manifestations of racism in Latin America where this social malady is a series of practices as distinct from racism in the U.S which is structural.[vi]  Despite racism’s subtleties in Nicaragua, the leadership positions of the country have historically been held by the white elite who are noted as being the only demographic in the country not engaged in the internal and psychological warfare resulting from performing Spanish culture in indigenous or African skin.  This colonial warfare is noted by researcher Lancaster as being reversed only once per year, during carnival, when indigenous and African cultures are celebrated.  At other times, through both language and practice, the majority of the population exhibits a pervasive desire to be white.

Nicaragua as a nation continues to be a point of contention as current President Ortega struggles to retain power.  Ortega, who participated during the 1980’s in the leftist Sandinista revolution to overthrow U.S.-friendly dictator Somoza, has shifted his beliefs from Marxist-Leninism to democratic socialism.  Ortega’s terms as President include 1985-1990 and subsequent terms following elections in 2006, 2011, and 2016.  While some U.S. democratic socialists support Ortega and many U.S. Marxists and anarchists criticize him, the disparate groups tend to agree that the U.S. government, through its financing of NGO’s and human rights organizations, is trying to destabilize the present government viewed by the U.S. as being too friendly with both China and Russia.

Which way freedom?  Like African-Americans, the peoples of Nicaragua have had to struggle, engage in warfare, and face death and the death of loved ones in the quest for freedom during the eras of exploration and exploitation of the American continent, an exploitation that continues today.  Regarding economic issues in the formation of a nation, Delany often emphasizes business; yet, history shows that as businesses grow, they conglomerate and monopolize which results in a constraining of freedoms as their leaders cease to operate in the interests of working people.  Decisions about how businesses operate must be democratically shared with working people.  Regarding the freedoms of women, Delany correctly states that “no people are ever elevated above the condition of their females.”[vii]  Nicaragua today ranks twelve (after Germany) in gender equality.  Homosexuality is legal, discrimination against the LGBTQ community is illegal, but same-sex marriage is not recognized.  Unlike many other countries in the Southern hemisphere which focus on the growing of a few crops for international distribution, the country produces 80-90% of its own food.[viii]

Martin Delany, who, like Malcolm X, expresses a deep love for Black people, consistently has our freedom on his mind.  The physician Delany was one of the first three Blacks admitted to Harvard Medical School in 1850, but they did not attend because protesting white students blocked their attendance.  Martin Delany states that if we Black Folk cannot leave the U.S. and found our own nation, we should at the least establish our own schools and colleges.  Delany proposes that African Americans leave a homeland for our children.  This same Martin Delany who was so preoccupied about a homeland died in 1885 with no tombstone marking the land holding his humble grave in Ohio until the year 2006.  Martin Delany resonates through time and beyond his grave.  His advocacy is persistent and pertinent.